Since the beginning of the millennium and especially since the birth of social networks, a large number of studies have emerged that analyse the influence of these new spaces on social movements. These new forms of communication have generated new ways of making and understanding politics, expanding democracy, making it more participatory, enlarging freedom, making possible to break of censorship and the mass media monopoly of information and communication, etc. The Arab Spring, the Indignados 15M movements, the occupations in North America and Gezi Park, are just some examples of how social networks and global communications have opened new spaces of protest, denounce, experimentation, transformation, etc.
But there is also a negative side of the power of social networks and these new forms of communication. There are also an important number of studies focused on radicalization through the net, the capitation of young jihadist and the multiple use of Internet by terrorists.
New fascisms have also understood the power of social networks. In the past the indoctrination took place face to face, in the street, in more or less hidden places, in football stadiums, or in certain bars, now the networks allow to spread out a message globally.
In addition to the channel, new fascisms have realised how important is the aesthetic aspect of the message. They omit any kind of symbolism that reminds fascism or Nazism, and they mask their racist discourse pointing out the importance of helping Spaniards in times of crisis.  The nationalist exaltation is articulated into an identitarian discourse but no longer makes reference to the Franco regime, to Catholicism or traditional elements. In this way many people who support these groups consider neither them nor themselves to be extreme right, but Spaniards who help other Spaniards.
In this text, I am going to expose some of the main results of a netnography I have been doing for the last two years following the actions of some right-wing groups and parties on social networks. I will reflect how some events as the independence of Catalonia and the refugee crisis have increased the support of these groups and ideas. There will be two thesis in this document: there are new forms of captation different from the past, and the most important, even if there is no important representation or success of the extreme right in the Spanish political arena, its ideas are disseminated in large spheres of Spanish society, including moderate parties. This is one of the most important differences in the Spanish context, there is not "liga norte", "Front national" or any other extreme right party, because these ideas are normalized and naturalized by society, and this is increasing. 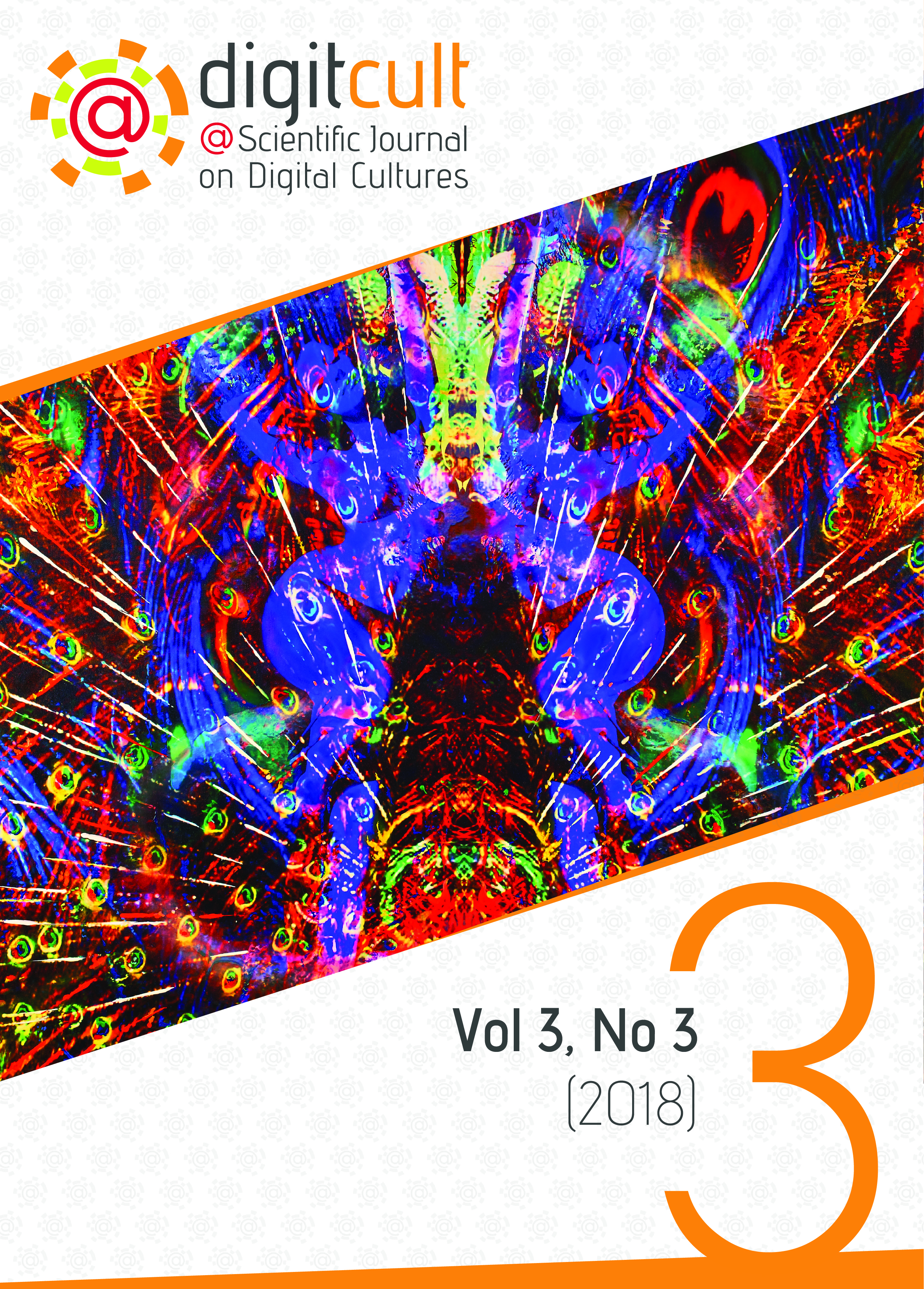 This journal provides immediate open access to its content on the principle that making research freely available to the public supports a greater global exchange of knowledge.

DigitCult is published under a Creative Commons Attribution Licence 3.0.
With the licence CC-BY, authors retain the copyright, allowing anyone to download, reuse, re-print, modify, distribute and/or copy their contribution. The work must be properly attributed to its author.

It is not necessary to ask further permissions both to author or journal board.